ABOVE: The original RTX1250 used – she may be older, but she still puts out some power (especially when there isn’t 4′ of frost and treated soil!)

BELOW: The original RTX1250 with one of the Facebook buildings in the background 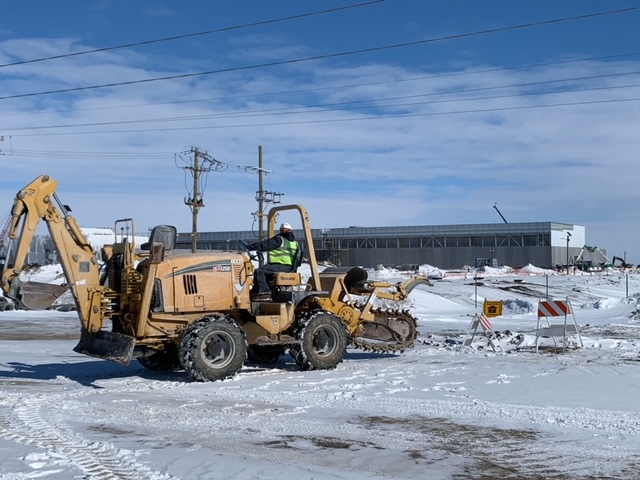 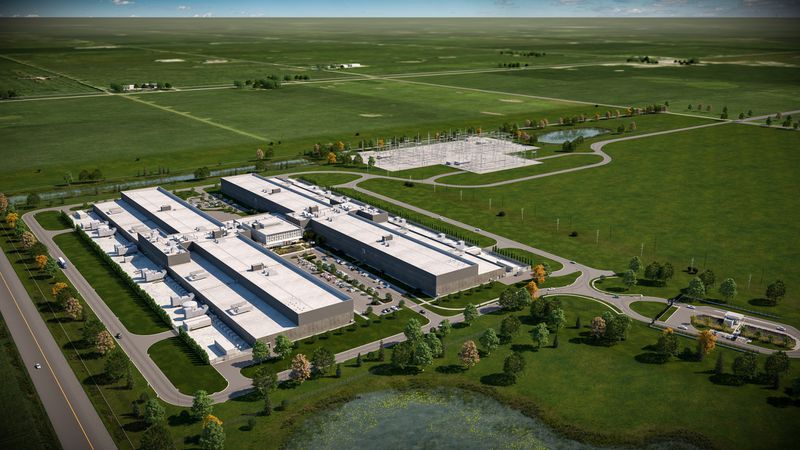 This is a rendering of the Facebook data center on the southeast quadrant of the intersection of Gurler and Peace roads.

WHO’S UP FOR THE CHALLENGE?

Two of our customers are partnering up on an $800 million dollar project in DeKalb, IL. Facebook is building a data center that will rely solely on renewable energy, using 80% less water than other data centers, Abdel Jimenez (Chicago Tribune) reported.

Plainfield Grading & Excavating is performing the site grading and storm sewer for the facility’s substation. Lindblad Construction is building the new substation, which will feed into Facebook’s facilities. The 505-acre project can accommodate five buildings, and two are set to be completed by 2022. “As time progresses, we will decide if it makes sense for us to continue to expand,” said Rachel Peterson, vice president of data center strategy for Facebook.

The substation being built will bring the power from the main lines into a more refined area to control the electricity voltages. A facility this size needs its own substation to securely distribute electricity, and also as a failsafe to prevent transformers from blowing due to high winds or accidents, as an example.

WHICH MACHINE CAN CUT IT?

Plainfield Grading’s first machine of choice for this project was an older RTX1250 trencher. After the winter we had, the frost line was 4’ deep. The last time Brian Betzwiser (Plainfield Grading) had to deal with conditions like that was after the “Polar Vortex” of 2016-2017 and he used the rock trencher for electrical groundings. After that project, he knew a Vermeer trencher was the unit for this job.

However, after running the machine a bit, Kyle Long (Lindblad Construction) said that the trencher was struggling. He called up his rep, Adam Huber, to brainstorm another plan.

“After seeing ground conditions and how deep the frost line was I knew an upgrade to the rockwheel would make the job more productive,” Adam said. He took the rockwheel RTX1250 quad track out to demo, and both teams couldn’t be happier with the results.

The rockwheel cut almost 2’ per minute, a big increase from the standard trencher. The guys later figured out why the original trencher wasn’t performing as well – because the soil had also been injected with cement! That factor, plus the frost, made that terrain essentially one step away from straight rock.

“The new machine is performing really well – it’s great. We wouldn’t have been able to rip the front in neat embankment fashion if we had to cut the perimeters of the trenches,” Brian said.

They’re now cutting trenches for conduits all around and using the RTX1250 rockwheel for relief cuts. Even with the serious weather conditions and the cement-treated soil, they’re still on schedule to finish in the allotted seven weeks.