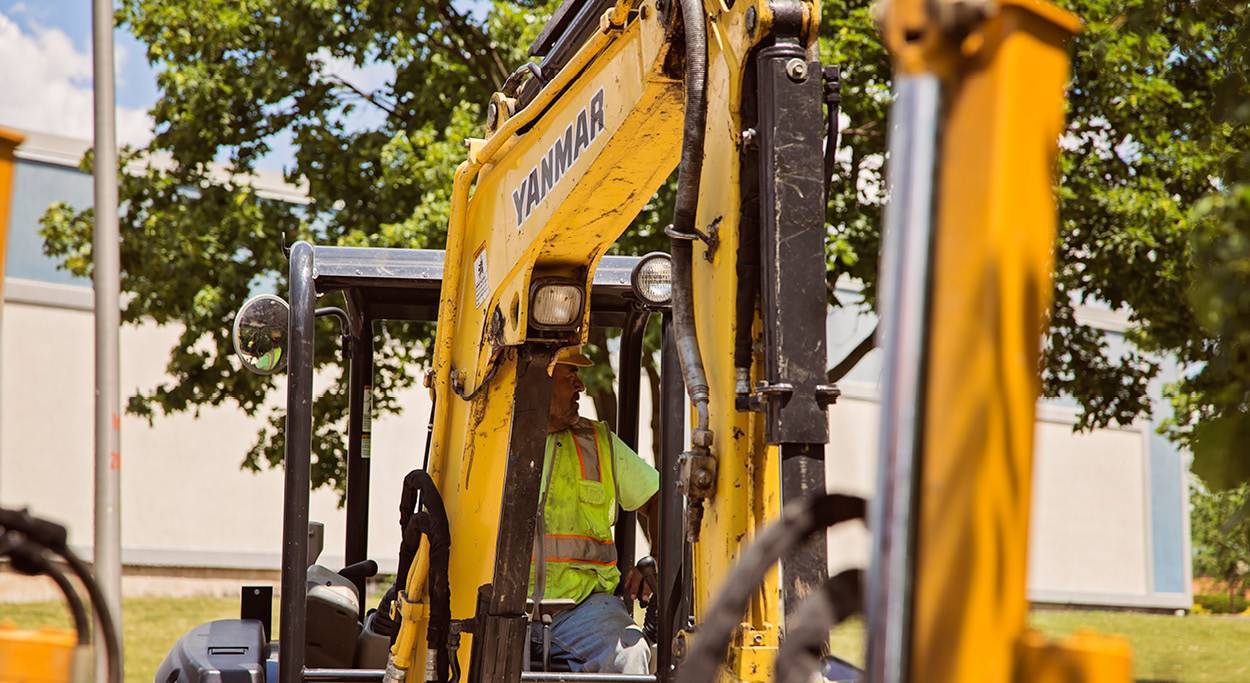 Founded in 1983, Schatz Underground is an underground telecommunications contractor.

Schatz Underground is an underground telecommunications contractor focusing primarily on fiber optic and copper cable, serving large utilities such as AT&T and CenturyLink. In addition to fiber installation, Schatz performs a variety of gas, water and electric work.
Schatz Underground takes pride in being a family-run company that employs more than 100 people, and has three locations in Missouri serving the St. Louis, Kansas City and Springfield markets. Three generations of Schatz family members have served in the business and are looking forward to continuing the family tradition.
PARTNERING WITH VERMEER MIDWEST.
Since 2007, Schatz Underground has partnered with Vermeer Midwest.  The working relationship initially started slow, and Schatz Underground continued to grow their fleet with Vermeer over the past decade.
“Our relationship with Vermeer is very good. Customer service is great, equipment is great, the sales people do a great job,” says Dave Schatz, third-generation family member and current fleet manager.
Schatz Underground now has a variety of Vermeer and YANMAR equipment – including 15 YANMAR mini excavators – from size Vio-35 through Vio-55, five Vermeer utility tractors, nine Vermeer horizontal directional drills and multiple McLaughlin vacuum excavators.
WHY A YANMAR MINI EXCAVATOR?
Schatz Underground purchased their first YANMAR mini excavator in 2007, and since then mini excavators have served a vital role in their equipment fleet.
Previously, the Schatz team used backhoes on the excavation crews that service their directional drilling crew.
“It’s just a fact of life. Directional drilling crews need an excavation crew, and the compact nature of minis make them a great fit for underground contractors,” says Schatz.
In the past 10 years, contractors like Schatz Underground have seen the backhoe market dissipate and the mini-excavator market grow rapidly due to the cost-savings as well as the small footprint and versatility of mini excavators.
In addition to their ability to limit turf damage and fit in tight spaces in congested residential and commercial worksites, the Schatz team has found a lot of value in using mini excavators in plowing applications.
YANMAR MINI EXCAVATOR ADVANTAGES.
“They’re great clean-up machines on jobs where we’re plowing thousands of feet a day. They weigh less, they cause less damage, and they allow us to work quickly,” says Dave Schatz.

The mini excavator advantage doesn’t end there. In a time when many contractors struggle to find reliable manpower, the advent of mini excavators has helped Schatz Underground overcome the challenge of finding talented operators.

“Finding a good backhoe operator is difficult,” says Schatz. “The pilot controls on a mini excavator make it much easier to operate. We don’t run into the training issues and challenges that come when inexperienced crew members are learning to run more complex pieces of equipment like backhoes.”

In addition to pilot controls, the Schatz Underground team have found other valuable features on the YANMAR line of mini excavators, including zero-tail swing and the quick-change attachments.

“We work all over the state of Missouri and there’s a lot of changes in the soil conditions,” says Schatz. “Having the ability to drop the bucket and pick up a hammer with ease helps us address these quickly changing conditions fast.”

Trailering ease is also a huge benefit. The compact size and relatively low weight of the mini excavator makes transporting equipment from job to job much easier. The low trailer weight makes it possible for the mini excavators to be driven from site to site without the need for a CDL-carrying driver, which is a big help to contractors like Schatz.

In terms of maintenance, fleet managers like Dave Schatz say the simplicity of mini excavator design makes for a less rigorous maintenance schedule.

“There is less maintenance on mini excavators,” says Dave. “There’s less day-to-day stuff that the people you’re having operate your equipment need to be on top of – that’s a positive.”

In the coming years, Schatz Underground is looking forward to increasing their fleet of YANMAR mini excavators as their workload continues to grow. The biggest challenge for a company like Schatz Underground? Finding quality labor. But fleet managers like Dave Schatz are finding creative ways to make the most of the exciting opportunities ahead for their company.

“Vermeer Midwest Chesterfield, hands down, second-to-none is one of the best customer service companies I work with, if not the best,” says Dave. “Not only is their price great, on the rare occasion that one does go down or we have a malfunction, they keep us working.”

For a company like Schatz Underground, that peace-of-mind is priceless.